The actor famous for his role as a mobster in The Sopranos, James Gandolfini, died of a heart attack in Italy on Wednesday. 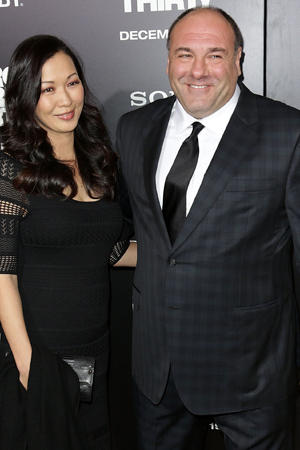 Per Daily News, Emmy Award-winning actor James Gandolfini died of a “massive heart attack” on Wednesday while vacationing in Italy.

“Everyone is in tears,” a source close to the actor stated.

The brawny actor rose to fame as the beloved Tony Soprano on the popular HBO drama The Sopranos. The series ran from 1999 to 2007, and the actor had kept a relatively low profile after the show ended.

Gandolfini had recently appeared in Zero Dark Thirty as Leon Panetta and in The Incredible Burt Wonderstone. At the time of his death, he was involved in the HBO series Criminal Justice.

The actor married his long-time girlfriend and former model, Deborah Lin, in Hawaii in 2008. The couple welcomed a daughter just this past October. Gandolfini also has a son with his ex-wife, Marcy Wudarski.

Our condolences to the friends and family of this truly talented actor.