If you’ve seen The Smurfs, you know there is never a dull moment with these guys. This time around, the evil wizard Gargamel is back at it and will force the Smurfs to return to our world to save Smurfette. 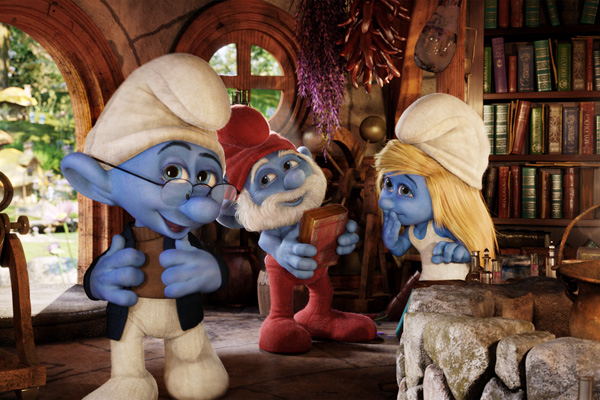 The Smurfs are back fighting wicked magic in The Smurfs 2, but this time they’re taking the adventure across the Atlantic.

In the sequel to the 2011 family comedy The Smurfs, our little blue friends find themselves on a journey when the evil wizard Gargamel conjures up impish Smurf-like creatures called the Naughties, whom he hopes will help him absorb the magical Smurf essence. When he discovers that only a real Smurf can give him the power he yearns and only Smurfette knows the secret spell that can turn the Naughties into Smurfs, Gargamel kidnaps her and brings her to Paris, France, where the Naughties try to convert her to their side. Now, Papa, Clumsy, Grouchy and Vanity must return to our world, seek the help of their human friends and try to rescue Smurfette! 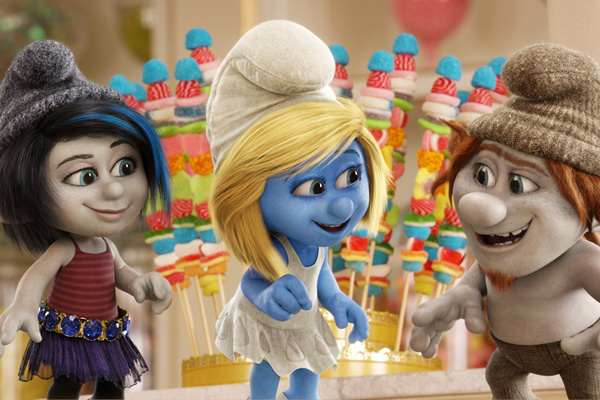 Voiced by Jonathan Winters. Easily distinguished by his red attire and bushy white beard, Papa Smurf is the head of the Smurf community. Greatly skilled in spells and potion-making and with great wisdom, to boot, he is the go-to Smurf when things go wrong.

Voiced by Katy Perry. Second-in-command to Papa Smurf, Smurfette is one of the few female Smurfs. She is also quite skilled in magic and is gifted with gorgeous blond hair as well as stunning good looks. Having been created by Gargamel, Smurfette doubts her true Smurfness. Her “goodness” will be tested when the Naughties try to turn her to their cause.

Voiced by Anton Yelchin. Clumsy is not always the sharpest tool in the shed, nor is he the most reliable. He’s prone to making messes, but in the end, he follows through with heroic antics. What will he be up to this time?

Voiced by Fred Armisen. Easy to spot with his shiny glasses, Brainy fancies himself to be the brightest of the bunch, although that is often proven untrue and leads to even bigger problems. He is always eager to contribute his ideas — whether or not they are good — but is mostly ignored by the other Smurfs.

Voiced by George Lopez. Always wearing a frown on his face, Grouchy is not a happy camper. He turns even grouchier while picking on the things the other Smurfs enjoy. But with another adventure at hand, Grouchy finds a bit of cheerfulness, and we will get to see him with a new attitude in The Smurfs 2.

Voiced by John Oliver. Vanity Smurf is, well… quite vain. He sports a lovely flower in his hat and is usually spotted with a mirror — adoring himself. But in The Smurfs 2, we will see Vanity step outside his comfort zone and up to the plate as an unlikely hero.

More: The film also stars Christina Ricci as Vexy (a Naughty) and J.B. Smoove as Hackus (also a Naughty), as well as live-action actors, including Hank Azaria as Gargamel, Neil Patrick Harris as Patrick Winslow and Jayma Mays as Grace Winslow.

Will the Smurfs succeed in defeating Gargamel and rescuing Smurfette? Or will they be too late and Smurfette will become a permanent Naughty? The film hits cinemas on July 31, so you’ll have to see for yourself!