She’s not afraid to say what is on her mind. Miley Cyrus told Rolling Stone magazine that she believes marijuana is safer than alcohol. 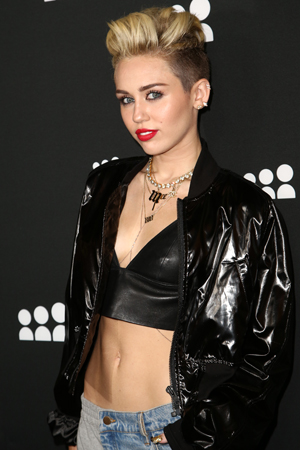 Miley Cyrus does not shy away from speaking her mind. The star chatted with Rolling Stone magazine and clarified her views on drugs, as well as alcohol.

As an indirect answer to the question, this is what Cyrus had to say about whether or not she is a smoker: “I did a song with Snoop Dogg called ‘Ashtrays and Heartbreaks,’ so people can put it together for themselves.”

Close enough to a confession, no? As to drinking and drugs, Cyrus was more clear with her answer, preferring marijuana over alcohol.

“I think alcohol is way more dangerous than marijuana—people can be mad at me for saying that, but I don’t care. I’ve seen a lot of people spiral down with alcohol, but I’ve never seen that happen with weed.”

Adding, “As long as it isn’t illegal, there are far more dangerous things. And it’s legal in the state of California. So I’m happy to live in California, a place where you can be whoever you want to be.”

Bam! Well, she is entitled to her opinion and you are entitled to yours. So tell us, what do you make of this? For the full interview pick up the new Rolling Stone issue on July 4.