Following the success of Zach Braff’s campaign, James Franco has also launched an effort to raise money to fund his indie film project. 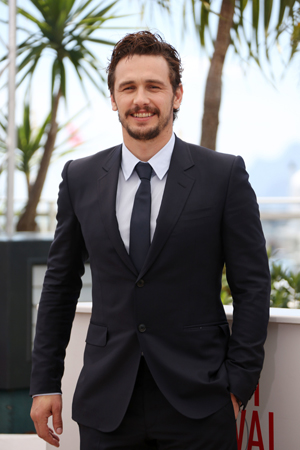 James Franco is no bum on the street, but he still needs a bit of monetary support now and again.

The This is the End actor has decided to follow in the footsteps of Zach Braff and the folks at Veronica Mars to pursue an indie film project through crowdfunding via Indiegogo.

Franco is aiming to raise $500,000 to fund a trio of films – Memoria, Killing Animals and Yosemite – based on the short stories from his book Palo Alto. The actor even rounded up a handful of young, rising filmmakers to put this project together and is offering some amazing perks to all the donors. It is unclear whether Franco himself will be appearing in any of the films.

“Generally, I see it as a book that’s supposed to touch on universal things about being a teenager and coming of age and learning about the bigger world,” stated Franco in a video for the campaign. “We just need a little more help… I’m putting money into these projects because I believe in them, I believe in these filmmakers.”

The campaign has raised just a little under $45,000 with another 29 days to go. Unlike Kickstarter, the project launchers get to keep all the money raised, regardless of whether they reached their goal or not.

So, if you’d like to support Franco and a couple of up-and-comers, shimmy over to Indiegogo. What do you think of this project?