Things continue to unfold in the music career of Amanda Bynes. The former actress is allegedly in talks with Wyclef Jean for a collaboration. 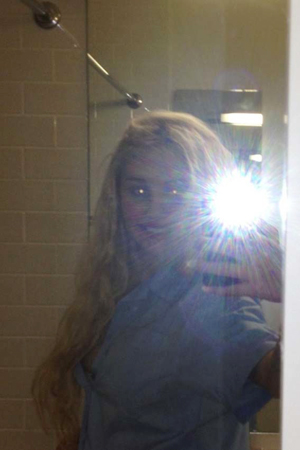 This girl is not joking around, y’all! Per CEO of Chinga Chang Records, Dan Herman, Amanda Bynes met up with Wyclef Jean on Monday to discuss a possible album collaboration.

“I think it would be perfect,” Herman told E! News. “Linking the two of them will be something major.”

Herman also stated that Wyclef was “receptive” to the possibility of tossing some ideas around with Bynes. We must admit that this is not the most enthusiastic choice of words, no?

“This album is going to shock the world,” Herman continued. “She has such a great voice. Singers wish they could hit the notes that Amanda does.”

Bynes is even reportedly in talks for a tour and is this close to signing the deal with the record label. The actress demonstrated her vocal capabilities in Hairspray as Penny Pingleton, so we know she has what it takes. We’re not quite sure about rapping, though…