It’s been awhile since his last solo album. Jay-Z announced the release date for his newest record, Magna Carta Holy Grail, in a promo video. 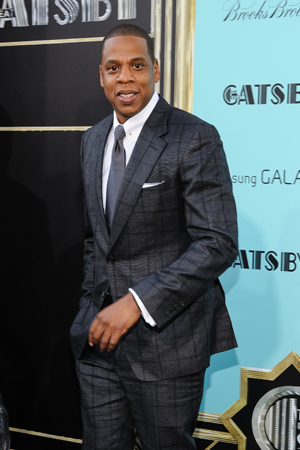 This man, he just knows how to surprise his fans! Jay-Z announced his new album release date through a three-minute video ad during the halftime of the NBA finals on Sunday.

The new record, Magna Carta Holy Grail, is scheduled for release on July 4 and features collaborations with Pharrell Williams, Timbaland and Swizz Beatz.

“The album is about, like, this duality of how do you navigate through this whole thing — through success, through failures, through all this — and remain yourself,” Jay-Z stated in the candid video.

The 43-year-old rapper also etched out a deal with Samsung for the upcoming release. Consumers with a Galaxy phone will be able to download an app on June 24, and the first one million users will unlock Magna Carta for free on July 4.

This is Jay-Z’s first solo album since 2009’s The Blueprint 3. The rapper released a collaborative record with Kanye West in 2012, Watch the Throne.

We are incredibly excited! This album has been kept under wraps a little too successfully but promises some incredible collaborations. Will you be picking up this bad boy?