This was definitely unexpected! Kim Kardashian gave birth to a baby girl in the early hours of the morning on Saturday. The baby arrived a month early. 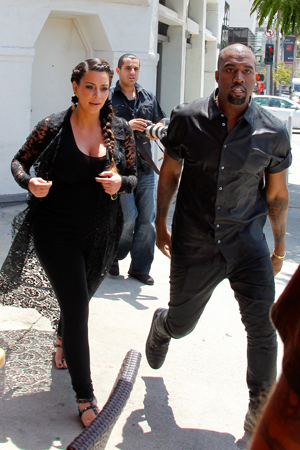 Kim Kardashian and Kanye West welcomed a baby girl on Saturday, born at the Cedars-Sinai Hospital in Los Angeles.

Per TMZ, Kardashian started having contractions on Friday and was in labour in the wee hours of Saturday. West was reportedly by her side in the delivery room the entire time. The child arrived about five weeks earlier than expected but is in good health and resting in an incubator. Despite initially wanting a C-section, Kim went through a natural birth.

Kim Kardashian has a baby shower >>

West skipped out on his record release party to stay with Kardashian after she allegedly told him she was feeling “a little off.”

The name of the little one is yet to be revealed.

What a great Father’s Day gift for Kanye, no? We’re glad everyone is in good health and doing well. Congratulations to the first-time parents!