Melissa McCarthy is not about to start taking smack from others. The actress has responded to an insulting movie review calling her “tractor-sized.” 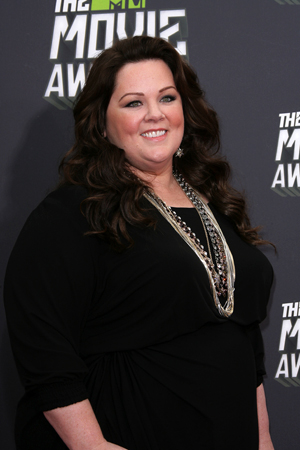 There’s nothing funny about this at all, actually.

Melissa McCarthy found herself in a sea of insults in The New York Observer review of her newest flick, Identity Thief. The review, penned by Rex Reed, went from tormenting the quality of the film (natural for a movie review) to calling the actress “tractor-sized” and a “hippo.”

“Melissa McCarthy (Bridesmaids) is a gimmick comedian who has devoted her short career to being obese and obnoxious with equal success,” read the final paragraph of the article.

Wow. McCarthy chose to respond to the critic through an interview with The New York Times and was anything but bitter.

“I felt really bad for someone who is swimming in so much hate,” she stated. “I just thought, that’s someone who’s in a really bad spot, and I am in such a happy spot. I laugh my head off every day with my husband and my kids, who are mooning me and singing me songs.”

The mother of two daughters also reflected on raising her children in a society with “a strange epidemic of body image and body dysmorphia.” The actress continued, saying that such articles “just add to all those younger girls that are not in a place in their life where they can say, ‘That doesn’t reflect on me.'”

We agree. It’s either a disconnected viewing or ignorance of reality. Plus, McCarthy’s physical appearance has nothing to do with her craft and does not belong in a movie review. What do you think?

Snooki responds to weight critics
Salma Hayek doesn’t try to be beautiful
Jackie Chan is penning a musical based on his life!