The actress is going beyond her comfort zone. Emma Watson has signed up for a film based on a fantasy trilogy that has not even been published yet. 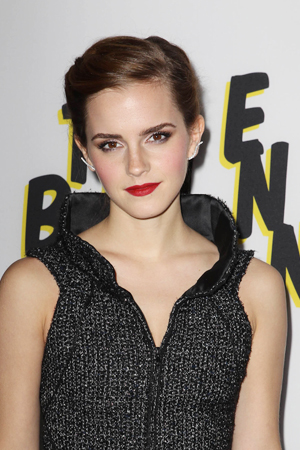 Emma Watson is in for a little Harry Potter reunion. The actress is teaming up with the magical franchise’s producer, David Heyman, for a collaborative project, The Queen of the Tearling.

Emma Watson mistaken for a child at an airport >>

The film will be an adaptation of a fantasy book trilogy of the same name by first-time author Erika Johansen, scheduled for publication by HarperCollins in 2014. The publisher is billing the books as the female version of George R.R. Martin’s Game of Thrones.

Watson is not only set on starring in the film — she has also signed up as the executive producer. The film has yet to find a writer or a director.

Emma Watson will not be in Fifty Shades of Grey >>

Warner Bros. acted swiftly on this one, acquiring movie rights before the first instalment of The Queen of the Tearling has even landed on bookshelves. After this much hype, the screenplay had better deliver.

It will be interesting to see Watson juggle starring in a film as well as producing it, as it’s a completely new field for her. What do you think of her next role?

Carey Mulligan rejects the Hillary Clinton role
Who is your favourite Superman?
The Flintstones revived with the help of WWE