There go all our hopes and dreams! Carey Mulligan has declined the offer to play Hillary Clinton in new biopic Rodham. 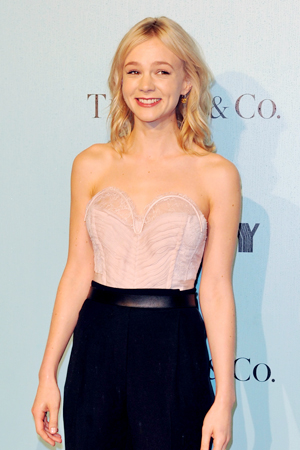 Well, the great, wide pool of actresses for this role has just become considerably smaller.

Carey Mulligan — the frontrunner for the role of Hillary Clinton in the developing James Ponsoldt-directed biopic, Rodham — has turned down the chance to play the former first lady.

The actress met with Ponsoldt to discuss the script, penned by Young Il Kim, but has declined the offer. Mulligan was one of several actresses considered for the role, including Scarlett Johansson, Jessica Chastain, Reese Witherspoon and Amanda Seyfried.

Chastain has since disbanded rumours of her involvement, and a rep for Johansson also denied her connection with the film.

Carey Mulligan up for the role of Hillary Clinton >>

“Scarlett has never been asked to do this film,” the rep told Huffington Post. “She hasn’t been approached about it nor seen a script. It’s a total fabrication.”

And then there were two. Neither Witherspoon nor Seyfried has made a peep in regards to the Rodham project, so here’s hoping it will be one of them. The film will span Clinton’s earlier career as a member of the inquiry staff for the House Judiciary Committee during the Watergate scandal and her blooming romance with Bill Clinton.

Who would you like to see play Hillary Clinton?