Salma Hayek has revealed she doesn’t really try to look beautiful, because it is not a priority in her life. The actress says there more to her than looks. 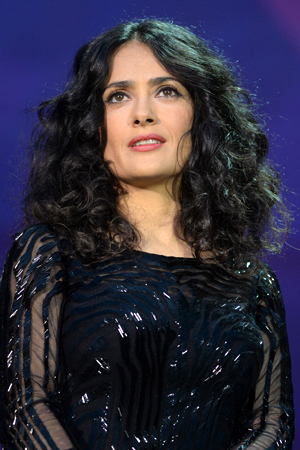 Be warned: Your self-esteem might plummet by reading the following article…

In an interview with InStyle magazine, Salma Hayek revealed that as stunning as she looks right now, this is not even her best.

“I know people have always thought I was beautiful, but I have never tried to be as beautiful as I can be,” the 46-year-old actress told the magazine in its July issue.

So, this is what Hayek looks like when she’s not trying? Now, picture a beanbag stained with chili and Cheetos and smeared in cheesecake — that’s what normal people look when they’re not trying.

“I could do a lot more — exercise or not eat dessert,” Hayek continued. “Or not drink alcohol. I could make bigger efforts. I don’t think my first priority in life has ever been beauty. It’s a little bit of a rebellious spirit in me. There is more to me than looks, of course.”

Must be really tough to not put in a lot of effort but wake up looking like Salma Hayek every morning. She must be suffering — from unfathomable gorgeousness, perhaps.

But fear not; Hayek does offer up some advice to those of us who are not quite in love with ourselves just yet.

The actress added, “You’ve got to have a sense of humour about who you are and give yourself a break. You’ve got to be kind to yourself. And it’s not easy, you know?”

Oh, we know. Despite being slightly bitter about how beautiful Hayek is, the actress has a very healthy approach to self-image, and we’re glad she’s inspiring other women to follow suit.

Jackie Chan is penning a musical based on his life!
Paris Jackson is working to “move forward” post-incident
Demi Lovato signed a no-suicide contract at age 7