Her dreams are about to come true! Amanda Bynes has been offered a recording deal with a small New York label, Chinga Chang Records. 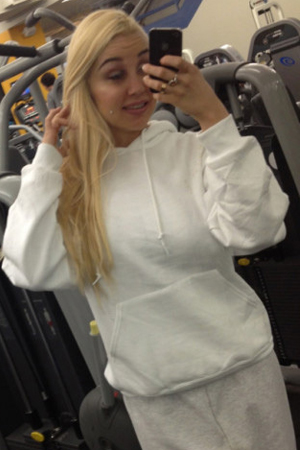 We might indeed be witnesses to the blossoming of Amanda Bynes‘ rap career.

The 27-year-old actress was offered a record deal for her debut hip hop album by a New York-based label, Chinga Chang Records.

“She’s phenomenal, and that’s the crazy thing about this,” the CEO of the label, Daniel Herman, told the Huffington Post on Tuesday. “This is the perfect home. This isn’t just a gimmick.”

Herman is set to have the deal in writing and is reportedly quite confident Bynes will sign.

“Right now you have a Nickelodeon pop star masquerading as a gangster rapper,” he stated. “So I see someone like Amanda Bynes, and I know she has talent. I grew up with Nick and the orange couch. I know she has talent. I’ve heard her sing when she was younger. I wanna get her in the cutting room in NYC and see what she has. Why the hell not?”

Huffington Post asked Herman if he thinks Bynes is more “gangster” than Drake, which is what her recent tweets have been touting (amongst many other disses), and he seems to agree.

“You’ve got a girl that’s very attractive and very talented,” he replied. “If you look at her actions and attitude, she represents hip hop a lot better than Drake. Musically, this girl carries herself. She is hip hop… She is not crazy, she is not on drugs. She’s just hip hop! She’s a great talent who is going to make some great records with some classic producers.”

See? All this time you thought Amanda Bynes was losing it — she was just being hip hop. What a relief…

In all seriousness, nobody knows what is actually going on with Bynes; it could all be false or a publicity stunt. But if this girl can bust out rhymes, who are we to judge?