It’s been almost a week since Paris Jackson’s suicide attempt, and the 15-year-old is reportedly doing much better and is recovering. 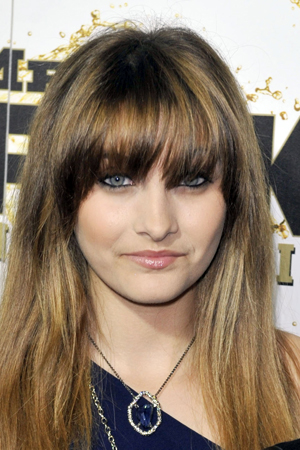 Well, Paris Jackson is on the mend after a suicide attempt six days ago. Per recent reports, Michael Jackson‘s 15-year-old daughter is finally realizing the severity of her deed and the importance of taking care of herself.

“She is doing much better. The whole experience scared the hell out of her,” a source told E! News. “If it’s possible that there is one, then this is the silver lining that has come out of this horrible situation. She now knows she has got to concentrate on looking after herself.”

Judge Mitchell Beckloff ordered an investigation into Jackson’s custody following the incident, which is standard procedure to ensure the safety of a minor. Paris was moved to the UCLA Medical Center from the local hospital near her family home in Calabasas, California, after being taken off the 72-hour psychiatric hold on Sunday.

“She knows she has some big decisions to make. And she knows she needs to get better and start thinking straight,” the sourced continued. “Paris and the whole family are working out how they can move forward from this. Clearly there are some big issues that need to be sorted. Paris knows that she has a lot of work to do — she is the person that needs to deal with the issues she is personally facing.”

The nature and extent of Jackson’s injuries have not been revealed yet. The date of her hospital release remains unknown as well.

Paris will have the entire summer to focus on her recovery with the support of her family. We sincerely hope she will get better and will never be in this situation again.