Actor John Malkovich stopped a man from bleeding when the latter slipped and cut his neck near the King Edward Hotel in Toronto. 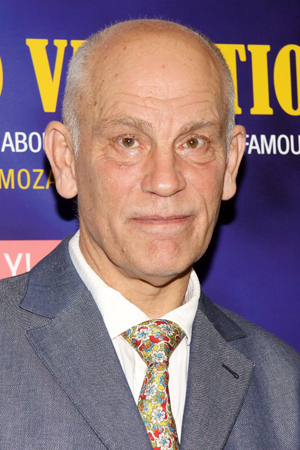 You are more than welcome to break into Mariah Carey’s “Hero” at any point during this article.

John Malkovich saved a bleeding man’s life on Thursday in Toronto when the latter tripped and fell.

The 59-year-old actor — who was in town to play Casanova in The Giacomo Variations at the Elgin Theatre — was having a cigarette outside his hotel when 77-year-old Ohio native Jim Walpole fell on some construction scaffolding and cut his neck. The wound was bleeding profusely, so Malkovich rushed to the man’s side, along with two other passersby.

“I believe [Malkovich] was having a cigarette and witnessed the whole thing happening. He placed his hand and started applying pressure to the man’s neck and didn’t let go until the ambulance arrived,” stated Chris Mathias, the doorman at the King Edward Hotel.

Walpole was found to have broken his left ring finger and received 10 stitches on his neck. The reason the news took so long to break out is that Walpole had no idea who his saviour actually was.

“I asked him, ‘What’s your name?’ He said, ‘John.’ And I didn’t ask the last name ’cause I didn’t figure I’d remember it anyhow,” Walpole told CBC.

Upon arrival of the paramedics, Malkovich quietly left the scene. He has not made a comment on the incident yet.

That’s quite an accomplishment for any human being, and Mr. Walpole is lucky Malkovich knew how to act in that situation. Our hats are off to you, John!

Justin Bieber kicked out of nightclub
Sarah Jessica Parker is launching her own shoe line!
Demi Lovato signed a no-suicide contract at age 7