Shoes, shoes, shoes! Sarah Jessica Parker is teaming up with Manolo Blahnik to launch her own shoe and handbag line, called SJP. 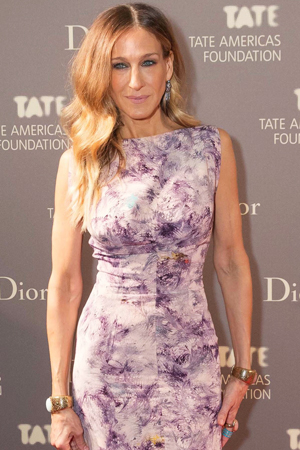 This is the best news ever: fact. If you remember watching Sex and the City and paper-towelling the drool off your TV set every time you saw Carrie Bradshaw take a step in those gorgeous Manolo Blahniks (she actually made the brand famous!), get ready for some serious joy!

Sarah Jessica Parker is joining forces with the fashion company’s CEO, George Malkemus, to launch her very own shoe line — SJP. Is that amazing, or is that amazing?

“In a silly way, I think it’s what people have expected of me most because of Carrie Bradshaw,” the actress told Vogue. “Because I got to play that role, I wore a lot of shoes, and by default, I learned an enormous amount.”

The actress added, “It’s hard to walk away from that.”

The SJP line will feature not only shoes but also bags and trenches. Parker is hoping to explore different colour palettes and shapes to make the line stand out.

“We’re putting new colours together that people don’t typically do, just beautiful combinations that you wish existed in your closet,” she stated. “And in terms of bags, thinking about that period of the ’70s into the ’80s, what those women were carrying, taking away the bells and the whistles and hardware and really making it about the bag.”

We just hope we have enough room in our closets for all this. SJP will launch at Nordstrom in 2014. Will you be checking out this new line?