In a recent interview with Rolling Stone magazine, Demi Lovato revealed that she suffered from depression even as a young child. 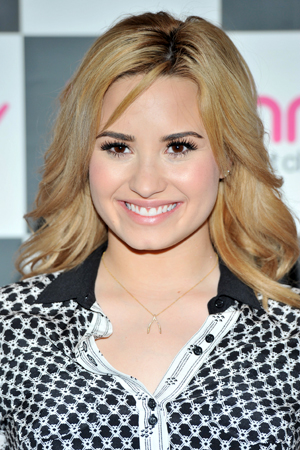 In a Rolling Stone interview, as excerpted by Us magazine, Demi Lovato reveals her experience dealing with depression and suicidal thoughts at the tender age of 7.

“The principal called my parents and made me sign this suicide contract saying that I would not kill myself,” she stated in the interview. “They weren’t expecting that so young.”

What you need to know about childhood depression >>

The 20-year-old star continued to struggle with depression throughout her teen years and finally checked into rehab in 2010, where she was diagnosed with bipolar disorder, bulimia, self-injury and dependency on drugs and alcohol.

“My parents were like, ‘You have two choices. We can either shut it down and not talk about it, or you can tell people what’s up,'” Lovato said. “There was no hesitation, really. I opened up that gate.”

Demi Lovato gets a new tattoo! >>

Lovato maintains she does not regret going public with her rehab experience, and why would she? She has given a voice to an entire demographic of people, and she’s only 20 years old! The star has also been involved in various anti-bullying and action campaigns to empower teens struggling with their self-esteem.

Lovato’s latest album, Heart Attack, went platinum recently, if you’d like to grab a copy and support her.