Taylor Swift will be presenting an award at the MuchMusic Video Awards for the first time. Billy Talent, Lucy Hale, Naya Rivera will also present. 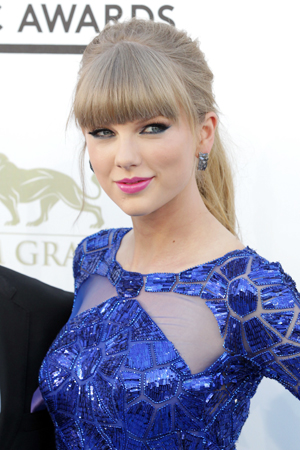 Taylor Swift is coming up to Canuck-land, y’all!

The 23-year-old songstress is set to present an award at the MuchMusic Video Awards in Toronto this year (her first time!).

The performers for the night include Psy (who is also the co-host), Ed Sheeran, Phillip Phillips, Demi Lovato, Avril Lavigne, Marianas Trench and Down with Webster.

Sounds like a crazy block party to us! If you’re in the area or going to be in the area, the wristband giveaway starts tomorrow. The MMVAs will air on Sunday, June 16 at 9 p.m.