It seems as if everybody is vying for this role right now. Carey Mulligan has reportedly become the front-runner for the role of Hillary Clinton in a new biopic. 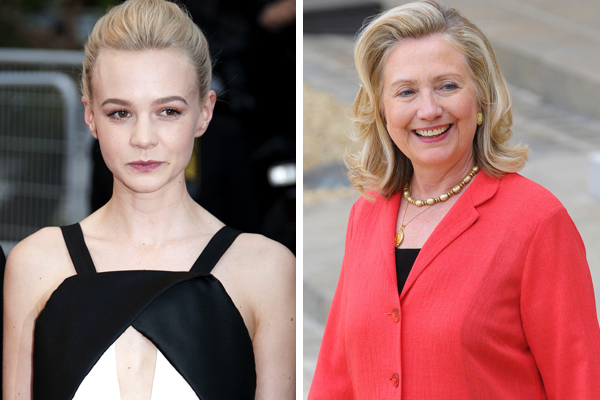 Who knew this would be such an in-demand role?

Per The Hollywood Reporter, Carey Mulligan has moved to the numero uno spot for the role of Hillary Rodham Clinton in the widely anticipated biopic Rodham. Other rumoured candidates include Scarlett Johansson, Reese Witherspoon, Amanda Seyfried and Jessica Chastain.

The film, to be directed by James Ponsoldt, is based on a script by Young Il Kim and revolves around Clinton’s earlier career as a member of the inquiry staff for the House Judiciary Committee during the Watergate scandal. The movie will also cover the blossoming romance between Hillary and Bill Clinton (who is yet to be cast as well).

Do you see the similarities? There’s something there… Mulligan is an incredible actress; we are secretly, kind of, maybe, rooting for her here. What do you think?