While the job is still up for grabs, Ricky Gervais has revealed that he’d be thrilled to host the 2014 Oscars, but he has a few conditions. 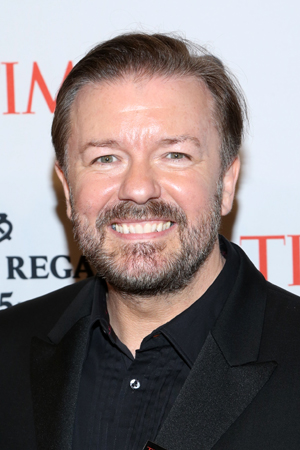 While the folks behind the Academy Awards are searching far and wide for next year’s Oscars host, one man has been brave enough to offer his services, but he has a few rules.

Ricky Gervais has made it known he is not opposed to hosting the 2014 Academy Awards if no one will trample his act.

“I doubt the job offer would come without some strings attached,” the comedian told Tom O’Neil, editor of GoldDerby.com. “The worst string being, handing in my credentials as a comedian in favour of a family entertainer. We have to be able to poke fun at society without favouring any part of it because we are beholden to someone.

If you’re familiar with Gervais’ humour, you know it can be quite biting. As tempting as it is for the comedian to try out the Oscars, it will be even more tempting for the producers to stuff him into an expressive purple dinosaur suit. Some compromises will have to be made.

Regardless, the Oscars are still sans host. Last year’s host, Seth MacFarlane, revealed that he will not be returning. Gervais has previously hosted the Golden Globes, most recently in 2012.

What do you think of Gervais as the 2014 Academy Awards host?