We sure will miss them… Joe Jonas toughened up his image by shaving off his adorable curls, as documented in a Twitter-perfect collage. 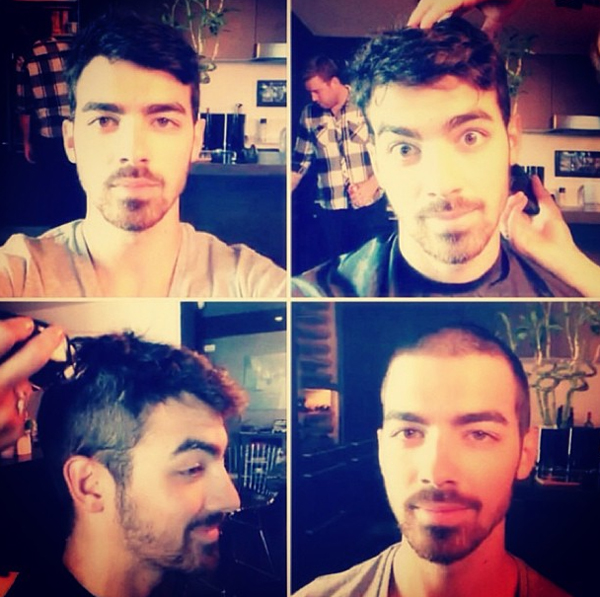 At least he’s not like Samson and his powers of gorgeousness did not dissipate once the hair was cut… Count your blessings, people!

Joe Jonas revealed via Twitter and Instagram a new change in the hair follicle situation atop that beautiful head. In human words, he got a haircut.

While the set of photos narrating his path from an Adonis-like mane to a G.I. Joe buzz cut was labelled “Oops” on the microblogging website, we have this strange feeling it was not a mistake — unless he was kidnapped by an evil hairdresser who hates hair. (Hence, no hair. Get it?)

Either way, we like the do. Jonas’ hair has magical powers beyond our mortal comprehension, but he appears just as charming sans his tresses. And in case those four snapshots did not satisfy your Jonas cravings, there’s a video! That’s right — a documentation of the haircut from every angle. Enjoy! What do you think of the cut?

Kate Winslet pregnant with third child!
Miguel’s leg-slam victim might have brain damage
Katy Perry and John Mayer are back on