Her kids can be musketeers now. Kate Winslet announced she is expecting her third child, her first with husband Ned Rocknroll. 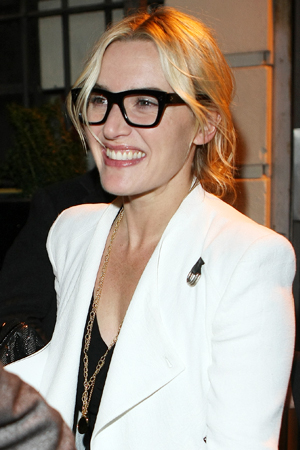 Kate Winslet and hubby Ned Rocknroll are expecting their first child together!

The 37-year-old actress and 34-year-old Rocknroll (who is Virgin magnate Richard Branson’s nephew!) began dating in 2011. The couple married in a private ceremony in New York in December.

This will be Winslet’s third child. The gorgeous British actress is also mum to 12-year-old Mia (from her marriage to Jim Threapleton) and 9-year-old Joe (from her second marriage to Sam Mendes).

Winslet had previously stated her wish to have more children, so dreams really do come true! No word yet on whether this will affect any of the actress’s planned film projects.

Congratulations to the couple! We might be as excited (if not more) as they are!