He knows better now. The young woman who was hurt during Miguel’s leg-drop performance at the Billboard Music Awards might have brain damage. 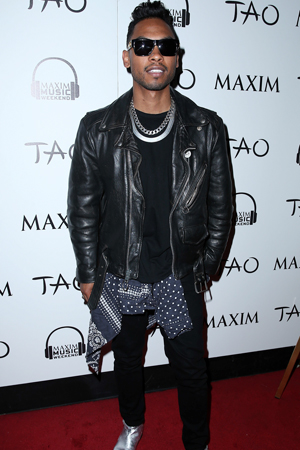 The woman who was vanquished by the power of Miguel’s airborne leg during his accidental leg-slam performance at the Billboard Music Awards might have actually suffered brain damage from the ordeal.

If you recall, Miguel was attempting to soar from one stage to another — over a pool of audience members — and ended up pinning a young lady, Khyati Shah, to the stage with his leg. She was later seen backstage with an ice pack and was said to be doing “okay.” Evidently that might have been an exaggeration.

“Some of the difficulties she’s experiencing are cognitive in nature and lead to suspicion of a neurological head injury,” Shah’s lawyer told TMZ.

Shah’s attorney also points out that instead of being rushed to the hospital, she was treated with an elbow ice pack. Shah will reportedly wait for the results from her neurologist before considering launching a lawsuit.

TMZ reports that Miguel was actually ordered to not attempt the risky jump between the stages by the producers of the Billboard Music Awards, who deemed it too dangerous. As we know, the singer tried the jump anyway.

This is serious business here. Khyati did appear to have smacked her head against the stage pretty badly, but we’re hoping no brain damage was sustained. We also hope Miguel has learned a valuable lesson about safety. Now, to sue or not to sue?