Well, there she goes. Mariah Carey announced her exit from American Idol on Thursday, only to be followed by Nicki Minaj less than two hours later. 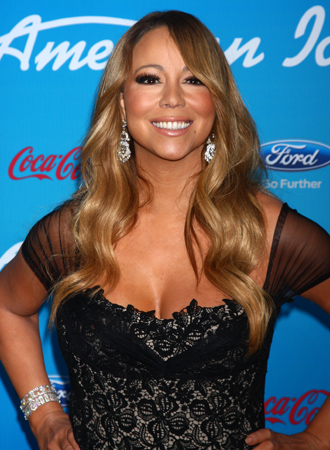 No more feuds between these two, we suppose!

Mariah Carey confirmed her departure from American Idol, and a few hours later, Nicki Minaj followed suit with her own exit announcement. Oy! When it rains, it pours!

Carey’s publicists first broke the news via Twitter on Thursday, and the message was later re-tweeted by the songstress herself.

FOX, FremantleMedia and 19 Entertainment issued a statement addressing the departure:

“Mariah Carey is a true global icon — one of the most accomplished artists on the planet — and we feel extremely fortunate that she was able to bring her wisdom and experience to the American Idol contestants this season. We know she will remain an inspiration to Idol hopefuls for many seasons to come.”

And just went you think it’s all over, it gets worse. Mere hours after Carey’s announcement, FOX also confirmed that Minaj will not be returning to the judging table for season 13.

“Nicki Minaj is a superstar who brought a level of honesty and passion to American Idol and who had a tremendous positive impact on so many contestants this season,” read the FOX statement. “Given her extremely busy career, we understand and respect her decision and wish her the best.”

This leaves a lonesome Keith Urban, although he is also not expected to return. Carey and Minaj were brought in to Idol to revitalize the show’s ratings, but despite their best efforts, the series hit an all-time ratings low with the season 12 finale.

Per reports, the producers are allegedly planning to assemble an American Idol alum judging panel and are going after Adam Lambert and Clay Aiken. Jennifer Hudson is already on board for season 13.

What do you think of the Minaj and Carey departures?

The Flintstones revived with the help of WWE
Viggo Mortensen explains why he wasn’t in The Hobbit
Neil Patrick Harris will host the 2013 Emmys!