We’ve been wondering, and now we know! Viggo Mortensen has finally explained why he is not coming back as his famed character, Aragorn, in The Hobbit. 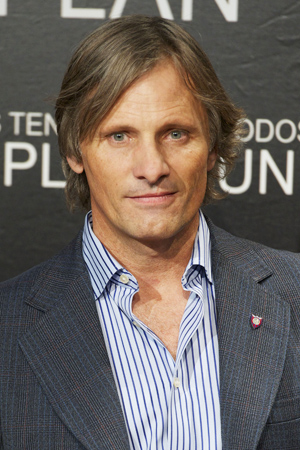 If you’ve watched Peter Jackson‘s The Hobbit: An Unexpected Journey, you must have noticed the reunion of the famed Lord of the Rings cast, like Sir Ian McKellen, Elijah Wood and Cate Blanchett. But then, you must have also noticed the absence of one very gorgeous face: Viggo Mortensen.

Yes, indeed. The 54-year-old actor who portrayed Aragorn in the Lord of the Rings trilogy did not reprise his role in the new Hobbit film saga. So why in the world would Mortensen deprive us of his beautiful presence?

Simple. His character does not appear in the book, so the actor chose to not write himself into the film.

“Before they started shooting back in 2008, one of the producers did ask if I would be interested,” the actor stated in the The Guardian. “I said, ‘You do know, don’t you, that Aragorn isn’t in The Hobbit? That there is a 60-year gap between the books?'”

But, but, but, we need you! Of course, other actors, like Wood, Blanchett, Orlando Bloom and Christopher Lee — have picked up their old roles despite not being in the book. Not everyone has an eye for literary purity; we just wish Mortensen was one of those people.

Would you prefer Mortensen in The Hobbit, or are you glad he declined the role?