What a busy schedule, eh? Neil Patrick Harris has announced that he will be hosting the 2013 Emmy Awards ceremony in the fall. 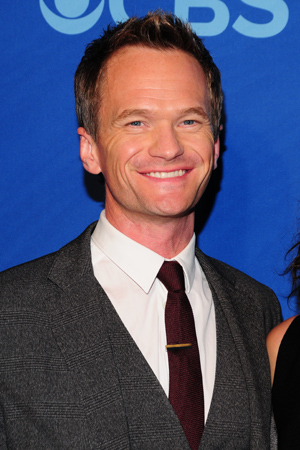 Now this is what we call high demand, people!

Neil Patrick Harris has been asked to host the 2013 Emmy Awards.

The How I Met Your Mother actor previously hosted the ceremony in 2009 and is already committed to hosting the 2013 Tony Awards ceremony, which will be aired on CBS on June 9.

“I couldn’t be more honoured and excited to be hosting this year’s Emmy Awards,” Harris said in a statement. “And what perfect timing — I’ll just do the exact same script I’m about to use for the Tonys. ‘And the Emmy for Best Revival of a Musical goes to Breaking Bad! See? Told you it works.”

Neil Patrick Harris will host the Tonys for the fourth time >>

We couldn’t be more excited as well! Two hosting gigs in one year? This man is on fire. CBS has clearly noted Harris’ superb hosting skills and wasn’t shy about praising them.

“Neil is the quintessential host — engaging, entertaining and a true showman — with a passion for celebrating the medium we all love. We’re thrilled for him to return for CBS’ broadcast of the Emmy Awards,” stated the president of CBS Entertainment, Nina Tassler.

The Emmy Awards is scheduled to air Sept. 22 on CBS.

What do you think of Harris as the Emmy host?