We can’t say we’re surprised. The Parents Television Council is up in arms after a Tuesday reality series episode featured Ke$ha drinking her own urine. 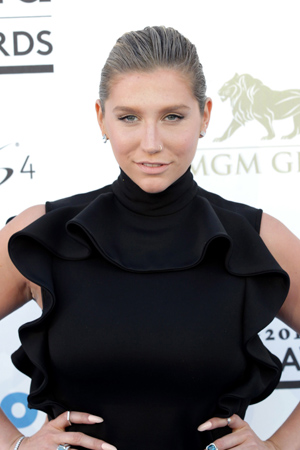 We’re not quite sure how to react in this situation.

On Tuesday’s long-awaited episode of the MTV reality series Ke$ha: My Crazy Beautiful Life, Ke$ha drank her own urine as an experiment of a rather unconventional health regimen she heard about from a friend to get in shape for her “Die Young” music video. Well, as bold as that might have been, the Parents Television Council (PTC) was not amused in the slightest.

The whistle-blowing group called the stunt “vile” and “disgusting” at a press release on Tuesday.

PTC president Tim Winter stated, “If given the opportunity, I can’t imagine that parents would want to pay for a cable network that airs an episode of a pop star drinking her own urine, and that is why Congress needs to take seriously the idea of giving consumers the ability to choose and pay for only the cable networks they want.”

Winter continued: “Most urgently, we are calling on parents and grandparents to be aware that this episode will air tonight and take appropriate measures. … Before critics say that parents can just “change the channel,” they miss the larger point. It is an outrage that this kind of disgusting, vile content is being subsidized by each and every cable subscriber. We should all have the ability to choose and pay for only the channels we want to watch, but the cable industry won’t let that happen without a fight.”

In this particular episode, the singer claims to be willing to do anything to get fit, and after a friend mentions a woman who drinks her own urine, Ke$ha proceeds to pee into a bottle and consume the contents.

So, maybe it was a little unorthodox… We hardly think it was worth a press release. People do stranger things to get fit. Urine at least is harmless. What do you think?