Oy! Actress Amanda Bynes was arrested on Thursday for illegal possession of marijuana after allegedly throwing a bong out her apartment window. 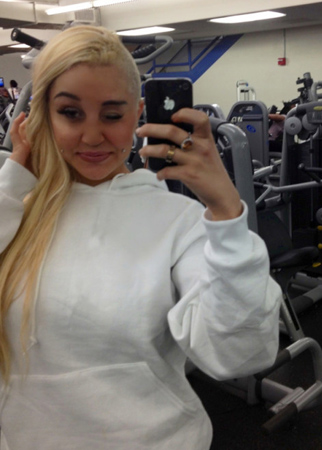 Holy flaming mackerel! Amanda Bynes was arrested last night, and it was not for posting too many selfies on Twitter.

The police arrived at her building in New York in response to a call about a disorderly person. The 26-year-old actress was apprehended after allegedly tossing a bong out her apartment window. Sounds crazy-town-banana-pants, right?

So, per the NYPD, the doorman of the building called 911 after spotting Bynes strolling around the lobby, smoking pot. By the time the officers arrived, the actress was back in her apartment. Upon arrival to her residence, the police noticed a bong and the potent smell of marijuana. Hereupon Bynes allegedly threw the bong out her window.

The star was taken to Roosevelt Hospital for a psychiatric evaluation and then to a station, where she was booked on charges of reckless endangerment, tampering with evidence and criminal possession of marijuana.

She is expected to stand before a judge today. We will have to wait and see how this situation unfolds, but we hope it all gets sorted out.