The woman who was reportedly sending threatening video messages to Marion Cotillard has been given five years of probation and mental health treatments. 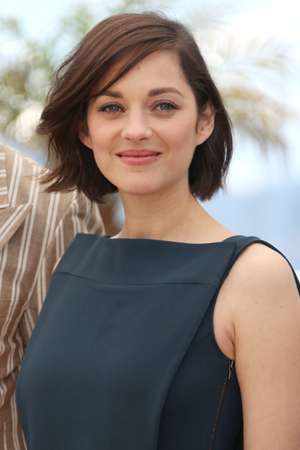 This is just plain scary.

The woman accused of pursuing and harassing Marion Cotillard has been sentenced by a New York federal court to mental health treatment and probation, after being convicted for threatening the actress.

Teresa Yuan appeared on the radar in 2011 after she began sending strange videos to one of Cotillard’s fansites. The case was handed to the FBI, since Yuan sent videos across state lines, and the investigation revealed that, on some occasions, she would send more than 100 videos in one day.

Per the FBI, in a particular string of video messages sent on July 23, 2011, Yuan invites Cotillard to play Russian roulette.

In another self-filmed clip, Yuan allegedly outright threatens to kill the actress and predicts feeling no remorse.

“The guilt and sorrow I feel now, I won’t feel after it happens,” she reportedly says in the video. “After it happens, I’ll feel no regrets whatsoever… That’s apparently how it feels to be a killer, to be a murderer.”

Yuan was charged in August 2011 and released on $50,000 bail with the condition she agreed to having a mental health evaluation.

She was finally sentenced on May 17 to five years of supervised probation and mental health treatment, and must keep her distance from Cotillard.