This gal is ambitious, for sure. Paris Hilton is reportedly working on a house music album, after signing with Cash Money Records label. 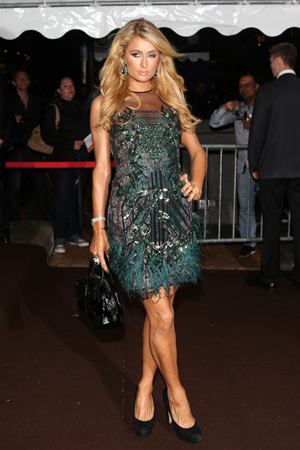 Have you ever found yourself wondering, “Hey, remember when Paris Hilton made music that one time? What happened?”

She’s been biding her time, training, getting stronger… And now she’s back! The 32-year-old heiress has officially signed with Birdman’s Cash Money Records label and will reportedly release a house album!

If Cash Money Records sounds familiar, it’s because it is the very same label that houses the likes of Nicki Minaj, Drake, Lil Wayne, Young Money and Tyga. Now Hilton has joined the family. We’re not quite sure how this happened, but if it results in a great house album, who are we to protest?

Hilton responded to the tweet with, “@BIRDMAN5STAR Thanks BO$$! Happy to be a part of the family. #PH?YMCMB.”

Per reports, the new album will be produced by Afrojack and will feature an array of YMCMB artists like Monsieur Lil Wayne. The new record will be a follow-up to the star’s 2006 release, Paris, which did make it as one of the top 10 albums on the U.S. Billboard 200.

What do you think of Paris releasing another album?