There is not much truth to the rumours, folks! Seth MacFarlane will not be returning to host the 2014 Oscars, but it has nothing to do with the bad reviews. 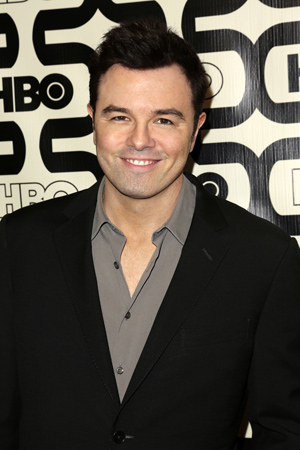 The critics jumped on his hosting abilities like vultures on a weak antelope, but this actor didn’t even flinch. It’s his schedule that got him.

Despite the nasty reviews, Seth MacFarlane pulled in big ratings as host of the 2013 Oscar ceremony. And as the widespread rumours alleged, the 39-year-old actor has already been approached to host the Academy Awards next year, but he’s turned down the offer.

Yes, it is official. Seth MacFarlane will not be hosting the 2014 Oscars.

“Traumatized critics exhale: I’m unable to do the Oscars again. Tried to make it work schedule-wise, but I need sleep. However, I highly–>,” MacFarlane tweeted on Monday.

“–> recommend the job, as Zadan and Meron are two of the most talented producers in the business. My suggestion for host is Joaquin Phoenix.”

The actor tried to dispel rumours of his hosting the next Academy Awards with a shorter tweet back in February but decided to reiterate with a longer one. Let’s hope this settles the matter!

Now, whether the producers will pick up MacFarlane’s Joaquin Phoenix suggestion is to be determined. We also recommend begging Tina Fey and Amy Poehler (although that is unlikely to succeed) or grabbing Louis C.K. (but keep the “bleep” button ready!).

Who would you like to see host the Oscars next year?