Some bits of information at last! Jonathan Rhys Meyers might be the first new cast member of the upcoming Star Wars: Episode VII. 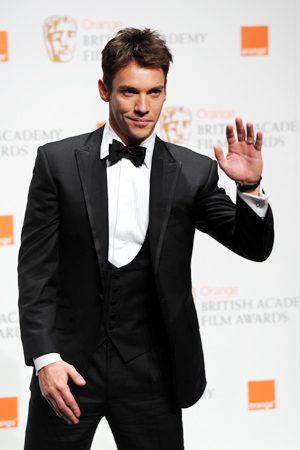 At least, if you trust the report from Latino Review, which alleges the 35-year-old actor is in cahoots with J.J. Abrams for an undefined role in the upcoming instalment of Star Wars. If ’tis true, Meyers might appear alongside original, legendary cast members Harrison Ford, Mark Hamill and Carrie Fisher. That’s a pretty good deal right there!

Star Wars spinoffs in the works! >>

It should be mentioned that Latino Review has been quite reliable in predicting Abrams’ choices in other projects, so this might be the real deal. To add fuel to the fire, these two are not strangers — Meyers has previously worked with Abrams on Mission: Impossible III.

It has not been officially confirmed if any of the original trilogy cast members will actually be joining Star Wars: Episode VII, but it is predicted that all of them will make an appearance in some way.

What do you think of Meyers joining the cast? He’s easy on the eyes — that’s for sure.