What happened to safety first? R&B singer Miguel accidentally kicked a fan during the Billboard Music Awards when he jumped over the audience. 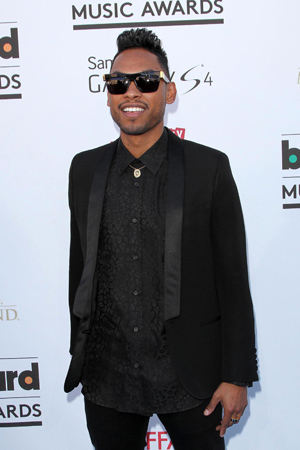 It’s raining men — or rather, man…

Miguel’s vibrant performance at the 2013 Billboard Music Awards was definitely memorable. The singer may have been overly ambitious when he attempted to soar from one stage to the other over a pool of fans while singing his hit “Adorn” and accidentally “leg-slamming” a female fan.

Oh, you read that right. Miguel actually pinned the poor girl to the stage with his leg. As dangerous as it sounds (and it was!), the fan was not seriously injured and was later seen backstage with Miguel icing her arm.

“Got caught up in the moment, thank goodness Khyati is okay,” the singer tweeted.

All’s well that ends well! We hope Miguel has learned a valuable lesson here, because from the looks of it, this young woman could have been seriously hurt! Let’s not hop from one stage to the next, yes? Check out the stage incident below!