Uma Thurman is no stranger to controversial films but this may yet prove to be her best. The actress grabbed the role of the anti-gay activist Anita Bryant in a new film. 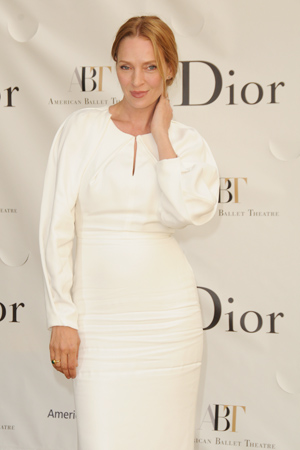 Well, this will certainly be a change of direction for the actress.

Uma Thurman has been cast as the anti-gay activist Anita Bryant in an upcoming film Anita. This movie has controversy written all over it, no?

Bryant was an American beauty pageant winner and singer, who was an anti-gay activist in her spare time. She led a campaign to repeal an anti-discrimination law in Florida back in 1977 and won, which subsequently led to the prohibition of gay adoption the same year. The gay community retaliated with boycotts, protests and an instance of public pie throwing but the damage was done. However, Bryant’s career was also undone by those campaigns.

Anita will be directed by Rob Epstein and Jeffrey Friedman, with the script written by Chad Hodge.

“I pitched it to HBO in early 2010 and then spent the first six months of the year doing nothing but research,” Hodge stated in The Back Lot. “The research culminated with meeting Anita for three days in Oklahoma.”

Sounds like it’s going to be quite a movie. We don’t see the resemblance between the two but that’s what makeup is for, right? What do you think of Thurman assuming the role of Bryant?