It’s not everybody, it turns out. Melissa Joan Hart’s Kickstarter campaign was shut down after the actress was able to raise only a quarter of the required funds for a new project. 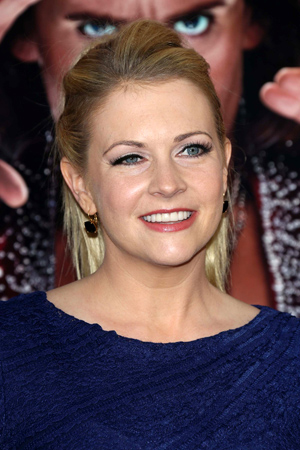 This disputes the popular belief that Kickstarter solves everything…

Melissa Joan Hart’s Kickstarter campaign for a film, Darci’s Walk of Shame, was cancelled on Monday after failing to rake in appropriate funds.

Shocked? With the actress’s huge following in the ’90s due to the success of Clarissa Explains It All and Sabrina, the Teenage Witch, it’s surprising that fans didn’t come through.

The crowd-funding goal was set at $2 million, but after a month, Hart was able to raise only $51,605. The actress described the film as a “leap of faith,” with the plot following the aftermath of “an impulsive act [that] has Darci face enormous hurdles to get back to her sister’s wedding and avoid her family witness her first walk of shame.”

Veronica Mars movie is in the works! >>

Hart congratulated the success of the Veronica Mars and Zach Braff’s Kickstarter campaigns, but sadly this did not work out for her. We do hope she can get the project on its feet some other way.

For now, you can catch Hart in the ABC series Melissa & Joey.