This is new! Actor Will Smith is negotiating for a role in the newest remake attempt of Sam Peckinpah’s The Wild Bunch. 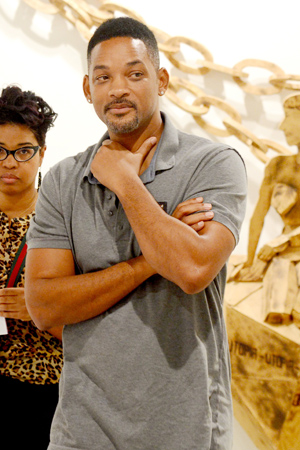 The man loves a good Western, it appears.

According to new reports, Will Smith is negotiating for a lead in a Warner Bros. remake of Sam Peckinpah’s 1969 Western classic, The Wild Bunch.

This is the second time an attempt to remake the Western was launched. Initially Tony Scott was on board to direct, with a script to be penned by Brian Helgeland. After Scott’s death, those plans were put back on the shelf.

The new director has not been confirmed yet.

Jada and Will Smith are not in an open marriage >>

The Wild Bunch was extremely controversial at the time for its depiction of graphic violence and outlaws. The plot follows a group of “aging” bandits, trying to survive in the ever-modernizing world of 1913. The remake is reportedly going to be quite a departure from the original, with the story unfolding in modern day and with the outlaws being replaced with DEA agents.

It would be interesting to see Smith in a film sans traditional structure. If you remember, the actor famously turned down a role in Quentin Tarantino‘s Django Unchained (which was then given to Jamie Foxx) because it wasn’t a lead and the main villain doesn’t get killed. Smith is in for a big surprise with The Wild Bunch then…

What do you think? Is Smith the right choice for this classic?

Angelina Jolie admits to having a double mastectomy
Zoe Saldana might raise children with a woman
Prince Harry visits Colorado, throws a party