Angelina Jolie has revealed that she has undergone a double mastectomy as a preventative measure, after learning her high risk of breast cancer. 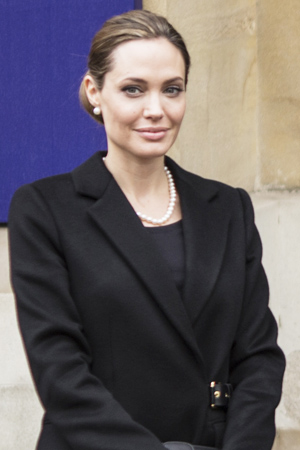 We didn’t think we could possibly respect Angelina Jolie any more than we already do, but we were wrong. She is a truly incredible woman.

The Oscar-winning actress revealed to the New York Times that she underwent a double mastectomy as a preventative measure after her doctors discovered she carried the BRCA1 gene and had a roughly 87-per-cent chance of developing breast cancer.

“I am fortunate to have a partner, Brad Pitt, who is so loving and supportive,” said Jolie. “So to anyone who has a wife or girlfriend going through this, know that you are a very important part of the transition. Brad was at the Pink Lotus Breast Center, where I was treated, for every minute of the surgeries. We managed to find moments to laugh together. We knew this was the right thing to do for our family and that it would bring us closer. And it has.”

As usual, Jolie couldn’t resist using this event as a platform to empower other women and give them courage.

The actress also reached out to fellow mothers (Jolie and Pitt have six children together) and advised them to educate their children, to teach them that there is nothing to fear.

“I can tell my children that they don’t need to fear they will lose me to breast cancer. It is reassuring that they see nothing that makes them uncomfortable. They can see my small scars, and that’s it. Everything else is just Mommy, the same as she always was. And they know that I love them and will do anything to be with them as long as I can. On a personal note, I do not feel any less of a woman. I feel empowered that I made a strong choice that in no way diminishes my femininity.”

Angelina’s risk of breast cancer has been diminished to less than 5 per cent, but she admits she still carries a 50 per cent chance of developing ovarian cancer (her mother, Marcheline Bertrand, died of ovarian cancer at only 56 years old!). Jolie stated she wanted to start with the mastectomy, since it’s a more complicated procedure.

“During that time I have been able to keep this private and to carry on with my work,” the actress wrote. “But I am writing about it now because I hope that other women can benefit from my experience. Cancer is still a word that strikes fear into people’s hearts, producing a deep sense of powerlessness. But today it is possible to find out through a blood test whether you are highly susceptible to breast and ovarian cancer, and then take action.”

We hope Angelina Jolie will be able to inspire other women to monitor their health and deal with cancer risks in their own way, without fear. Women need to be aware of their options and that preventative procedures do exist.

Brad Pitt likes to live on the edge!
Brad Pitt will present at MTV Movie Awards
Brad Pitt pops in on CinemaCon