While some were expecting a Las Vegas repeat, it didn’t happen! Prince Harry visited Colorado over the weekend and had a little party. 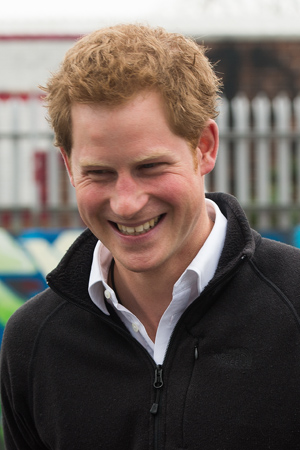 Prince Harry is back in the U.S. for his America tour, but thus far he has stayed fully clothed. High-fives! The young royal could not resist throwing a petite party, though…

Après the Warrior Games in Colorado Springs, Colorado, Harry had a small gathering at a Brit-themed joint, Golden Bee Pub, with about 40 guests in attendance.

Prince Harry is “thrilled” to be an uncle! >>

The event was closed to the public, but guests were reportedly served pinot grigio and pinot noir. No complaints there!

The prince stayed in Colorado Springs on Sunday to watch a cycling competition. He is surveying the damages from last year’s Hurricane Sandy in New Jersey on Monday. We wonder if Prince Harry will resist stopping by New York City without attending at least one party…

Only time will tell!

More on the royal family

Prince Charles to be cooked for by Toronto restaurant
William and Kate’s daughter will be “Princess”
Queen impersonator calls Middleton’s hospital!