It’s settled! Neil Patrick Harris will host the 67th Tony Awards for the fourth time and the third time in a row. The actor promises an even bigger show than last year’s. 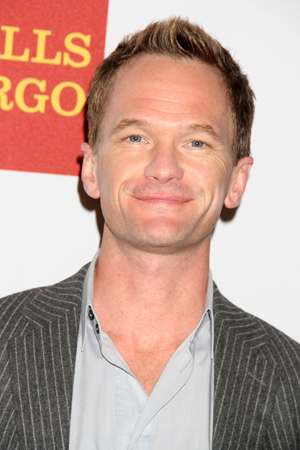 This is all kinds of amazing!

The 67th Tony Awards will be hosted, yet again, by the How I Met Your Mother actor, Mr. Neil Patrick Harris. Hey, if it ain’t broke, don’t fix it!

This isn’t exactly Harris’ first pony ride. The 39-year-old star hosted the 63rd, 65th and 66th Tonys, so this year will make him the host for three years in a row.

“I’m very excited to be back hosting the Tony Awards at the legendary Radio City Music Hall. It’ll be more impressive than ever — if my math is correct, it will be 267 times bigger than last year,” Harris said in a statement released Thursday.

We think the Tony Awards might as well make Harris the resident host until he retires, yes? Can anyone actually be more legend — wait for it — dairy?

The ceremony will be broadcast on June 9 at 8 p.m.

What do you think of Harris as host?

Once Upon a Time‘s Lana Parrilla is engaged!
Aubrey Plaza is joined by John Krasinski in new movie
Dexter will end with season eight