The Queen of Pop, Madonna, sold a Fernand Leger painting at an auction house in New York City for a whopping $7.2 million! 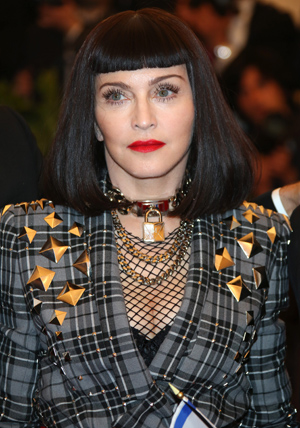 Must have been a really nice painting, no?

Madonna has just earned herself over $7 million, selling a French painting she owned at a New York City auction.

The painting, Fernand Leger’s “Three Women at the Red Table,” was sold for $7.2 million at the Sotheby auction house to an unknown buyer. The pre-sale estimates for the work ranged from $5 million to $7 million.

Here’s how you can give back easily >>

But if you’re thinking the pop icon pocketed the money, think again! The proceeds will go to the Ray of Light Foundation, which supports girls’ education in Afghanistan, Pakistan and many other countries.

Leger created the abstract painting in 1921, and it has been in Madonna’s possession since 1990.

“Thanks to everyone who helped make it happen!” read the message on Madonna’s Facebook page.

We’re glad the money went to charity, but what a hefty price tag for a painting! What do you make of this?