Justin Timberlake has announced the release date of his second album this year, after confirming another record was to follow The 20/20 Experience. 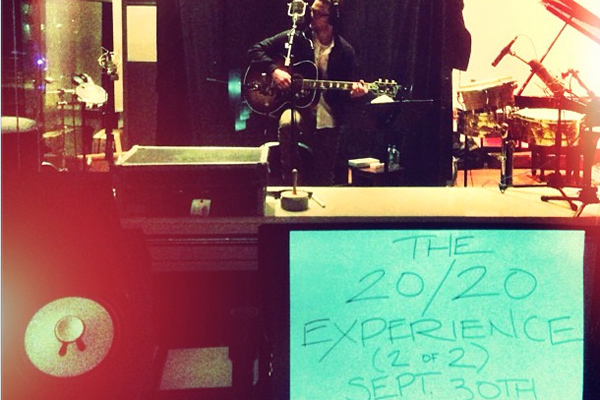 After the surprise announcement of another album release this year, Justin Timberlake has revealed that The 20/20 Experience sequel will be out on Sept. 30!

The 32-year-old singer made the announcement via Twitter and Instagram by posting a photo of himself in the studio with a message scribbled on a sign: “The 20/20 Experience (2 of 2) Sept. 30th.”

Cue applause and screams of women. We cannot wait!

Meanwhile, The 20/20 Experience has garnered fantastic reviews and sold 968,000 copies in its first week, making it the fastest-selling album worldwide in the history of iTunes. Not too shabby, we say.

Timberlake’s other half, Jessica Biel, must be beaming with pride! The two have been together since 2007 and tied the knot in October in Fasano, Italy.

So look for this puppy on Sept. 30! What’s your favourite track off The 20/20 Experience?