Justin Bieber got more than he bargained for when a fan rushed to the stage during a concert in Dubai and tried to grab the singer, knocking the piano over. 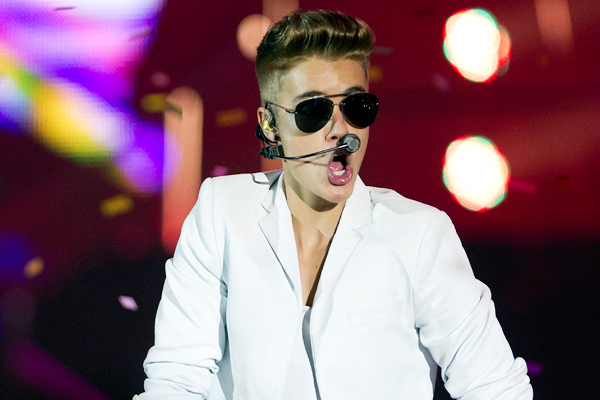 Some Justin Bieber fans are a little grabby, to say the least.

During a concert in Dubai at the Sevens Stadium, a young man climbed up to the stage and attempted to get a hold of the 19-year-old singer before being tackled to the ground by security and knocking over a piano.

Fear not! Bieber was unharmed in the incident.

“All is fine,” a rep for Bieber told E! News. “A man ran onstage during ‘Believe’ and tried to grab Justin and knocked the piano over. He was a fan. Security detained the young man. All was fine, and Justin continued the show.”

Bieber went on with the show and, after a brief break, performed “Boyfriend” and “Baby” for an encore. The piano was reportedly unplayable due to the damage.

We’re glad Justin is unscathed — and that young fan needs a time out. Luckily for us, this incident was documented on a camera phone and slowed down for our viewing pleasure. You can watch it below.