What a professional! Justin Bieber stopped his concert in Turkey to honour the Muslim prayer call. The fans have sounded off in the most positive way! 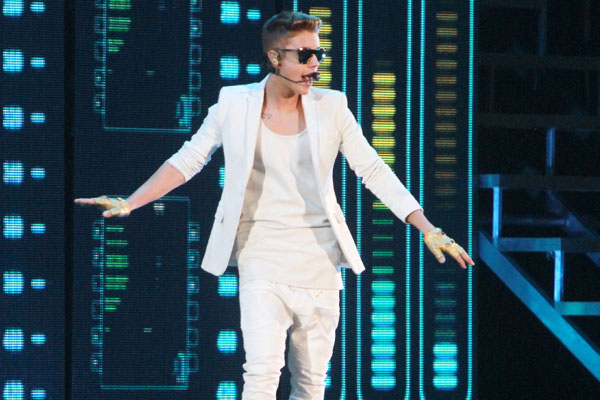 Well, this will fill you with immeasurable sweetness!

Out of respect for the religion, Justin Bieber paused his concert twice in Istanbul, Turkey, for azan.

Azan (or adhan) is the Islamic call to prayer, led by a muezzin (an assigned prayer to lead at a mosque) and conducted five times a day at a mosque. Since the majority of the Turkish population is Muslim, this was a smart choice on Bieber’s part.

Per E! News, fans were “shocked” and “delighted” by the pop star’s actions. Many even took to Twitter to thank the singer for his respectfulness.

What did Justin Bieber do on Grammy night? >>

While another posted, “I just gain a lot of respect for justin bieber after hearing that he stopped his concert twice to honor muslim prayer.”

This is certainly better than turning up at a concert two hours late, no? Well done! We’re glad Bieber has not lost respect for his fans and went the extra mile to please them. What do you think?

Lil Wayne apologizes to Emmett Till family for lyric
Psy sets a new record
Backstreet Boys get a Hollywood star!