The anticipation is killing us! Lindsay Lohan is expected to check in to rehab this morning; otherwise the Santa Monica city attorney has the right to issue a warrant for her arrest. Well, it’s down to the wire now, folks! 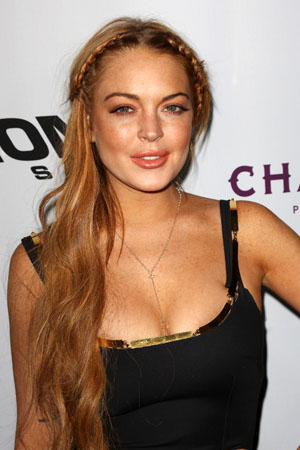 Lindsay Lohan is expected to check in to a rehab facility in California by 6 a.m. Pacific Time. If she doesn’t, Santa Monica City Attorney Terry White might just issue a warrant for her arrest. These are the pitfalls of last-minute planning, people!

“She has to go [Friday] to also prove that she is taking it seriously, and then she can possibly move to another facility if it gets approved,” a source told E! News. “Nobody knows what’s going to happen.”

Lindsay’s had quite a bit of time to shop around for the perfect rehab facility, so we’re not quite sure what happened there. This predicament stemmed from a car crash last summer, for which Lohan was charged with reckless driving and lying to a peace officer. As part of her plea deal, the actress has to spend 90 days in a locked rehab facility.

How celebrities can get arrested and keep their dignity >>

“She is currently doing OK,” the source continued. “She was panicked earlier and was really scared because she felt the whole situation could have been more organized, and she expected that it should be.”

According to emerging reports, Lohan is firing her attorney, Mark Heller, in favour of her former lawyer, Shawn Holley. We’ll see how this unfolds; we hope the results will be positive. Good luck, Lindsay!

Update: It has been confirmed that Lindsay Lohan checked into the Betty Ford Center in Rancho Mirage, California at 1:30 A.M. on Friday.