Days after news broke out of Michael Fassbender claiming the role of Macbeth in the film adaptation of Shakespeare’s tragedy, the casting for Lady Macbeth has been revealed. 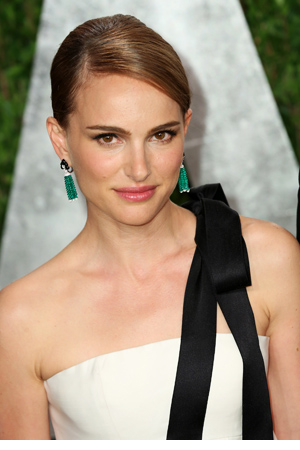 Well, we didn’t have to wait long, did we?

The incredibly exciting news of a Macbeth movie being brought to life with the acting prowess of Michael Fassbender as the titular character left us with but one question: Who shall play Lady Macbeth?

Natalie Portman is moving to Paris! >>

The casting was reportedly under way, with talks scheduled with a particular A-list actress, which was deliciously vague and intriguing, but now the fog has been lifted.

Lady Macbeth will be played by — drum roll — Natalie Portman!

Yes, indeed. Portman will be portraying the villainous woman in this Shakespeare tragedy, helping Macbeth claim the throne for keeps. This is the second time the actress and Fassbender will have collaborated on a film, having only recently wrapped up production on an untitled Terrence Malick project.

The Macbeth film adaptation will be directed by Justin Kurzel and set in the 11th century with Shakespeare’s original language.

So what do you think? Is Portman right for the part of Lady Macbeth?