As they say, better safe than sorry. Catherine Zeta-Jones has checked in to a treatment facility as a cautionary measure for her bipolar disorder. 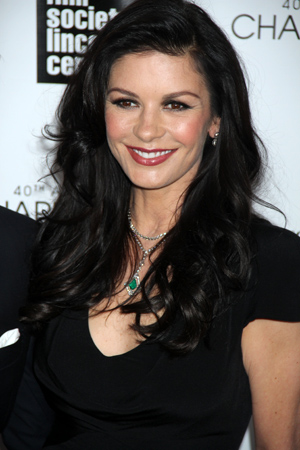 Health is no joking matter, folks!

Catherine Zeta-Jones is taking extra precautions and has checked in to a treatment centre for her bipolar disorder.

“Catherine has proactively checked in to a health care facility,” the actress’s rep stated. “Previously Catherine has said that she is committed to periodic care in order to manage her health in an optimum manner.”

Zeta-Jones initially sought treatment for bipolar II disorder back in 2011 at a facility in Connecticut. She has also fervently encouraged others to seek help without shame.

On Saturday, husband Michael Douglas was spotted attending the White House Correspondents Dinner sans Catherine. The two have been married since 2000 and have two children together: 12-year-old Dylan and 10-year-old Carys.

We applaud Catherine for being so open about having this disorder and giving a voice to millions of others who do as well. We hope all is well with the actress.