Michael Fassbender is branching out. The actor will star in the film adaptation of Shakespeare’s Macbeth. The search for his lady counterpart is under way. 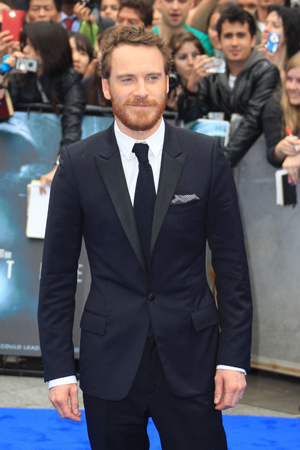 Art thou ready for wondrous news?

Mr. Handsome McGee, or Michael Fassbender, as he is commonly known, is going to star in a film adaptation of William Shakespeare’s Macbeth!

The retelling of a devious Scottish lord and his ruthless wife, who murder the king and claim the throne, will be set in the 11th century in original Scottish. The film is to be directed by Justin Kurzel and produced by Iain Canning and Emile Sherman.

Find out why Michael Fassbender was carried out of a party >>

The casting for Lady Macbeth is currently under way, and talks are ongoing with one Hollywood A-list actress.

The script, written by Todd Louiso and Jacob Koskoff, has been one of the most in demand with the Cannes Film Festival fast approaching.

This is exciting! Not only because there is much to be learned from English lore but also because Michael Fassbender has the power to make Shakespeare popular again!

Do you think Fassbender is right for the role of Macbeth?