This is new! Chris Brown’s father has spoken out about the rapper’s relationship with Rihanna, stating he does not approve of it. 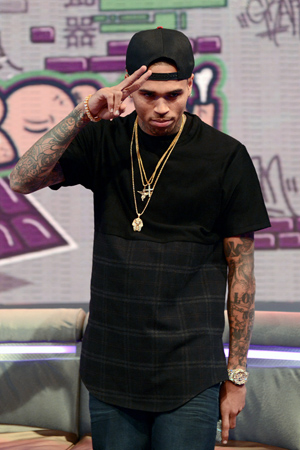 Finally we have an outside perspective on the Chris Brown–Rihanna relationship!

Brown’s father, Clinton, spoke out about his son’s rocky, up-and-down love life in an interview with the New York Daily News.

“I personally really didn’t want him and Rihanna back together,” Clinton told the newspaper.

The concerned father even implied a possible tragic conclusion to Brown’s relationship with Rihanna, citing past stars as examples.

“I hate to use examples, but Michael Jackson, Whitney Houston and Amy Winehouse — I mean, I could go on and on,” he said. “Is that a given? That you can’t have fortune and fame without [death] being the end result?”

Brown went on to state that he recognizes Rihanna’s appeal as a kindred spirit, since both the singers are in the same industry, but would still discourage their relationship.

Meanwhile, Chris Brown and Rihanna have reportedly called it quits and then recently un-quit. These two! We can never keep track.

We hope they can figure it all out. What’s your take on the Brown-Rihanna extravaganza?