The very pregnant Kate Middleton, Prince William and Prince Harry paid a visit to the Warner Bros. Harry Potter and Batman exhibitions in England. The duke even got to sit in the Batmobile! 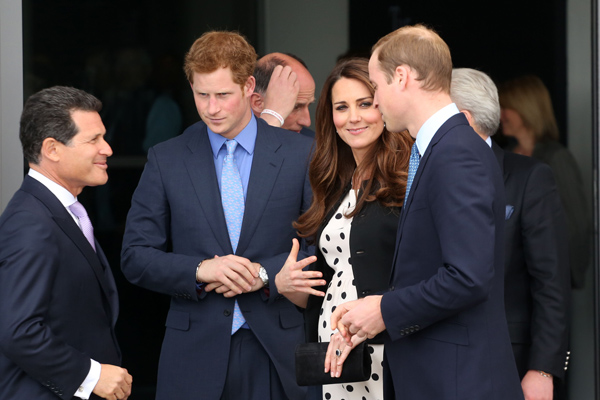 Prince Harry, Prince William and the baby-bumping Kate Middleton received a tour of the Harry Potter and Batman exhibits during the launch of Warner Bros. Studios in Leavesden, England, on Friday.

The three royals perused the props and trinkets of the Harry Potter series, having a few good laughs. They were even given a lesson in how to cast spells with wands, and then the royal couple was put to a duel. In case you’re wondering, William won the duel by disarming Kate with an “expelliarmus” spell.

Does J.K. Rowling have another Harry Potter up her sleeve? >> 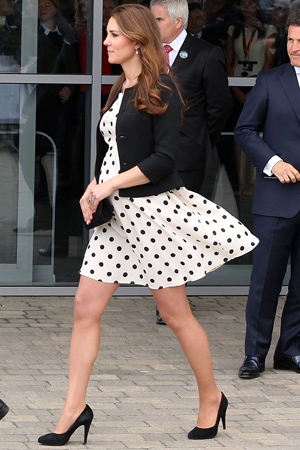 “Harry is just happy to have seen a real-life talking owl. I haven’t told him yet that Harry Potter isn’t real,” the duke quipped.

The trio even got to meet Harry Potter author, J.K. Rowling; her husband Neil; the films’ producer, David Heyman; and director of the last four film instalments, David Yates. How exciting is that?

While touring the Batman exhibit, William could not help but climb onto the bat bike or rev the 5.7-litre engine of the Batmobile.

“I’m over the moon just to have seen the real Batmobile and bat bike,” William told the Telegraph. “You don’t do baby seats for those cars, do you?”

The visit to the exhibits coincided with the duke’s launch of the Prince William Scholarships in Film, Television and Games, valued at £10,000 each.

Well, it looks like it was a good day: exploring the world of magic and superheroes, launching scholarships and looking cute in polka dots.