Eva Longoria is not perfect, even though it’s hard to believe. The actress told Dr. Oz that she struggled with maintaining her health after her divorce from Tony Parker. 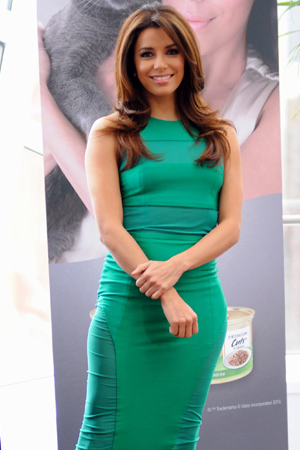 Loads of celebrities get divorced, just like the rest of us, but rarely do they speak out about the emotional turmoil of it all.

Well, Eva Longoria is no ordinary celebrity, then. The actress revealed on The Dr. Oz Show that after her divorce from Tony Parker, Longoria struggled with her health.

“I was not eating,” she stated. “I was depressed. I was sad. My diet was coffee.”

Of course, no one had any idea! According to Longoria, people even gave her plenty of compliments on her shrinking figure.

“People kept saying, ‘You look amazing. Divorce agrees with you,'” she recalled. “And I was like, ‘I don’t feel good. I have no energy.’ I didn’t know I was depressed. I mean, I knew it was a sad moment in my life, but I wouldn’t categorize myself as depressed.”

The 38-year-old star went on to say that a timely visit to the doctor revealed she had an iron deficiency and lacked almost every vitamin. Longoria then strove to get better and has since fully recovered. No blues there! Look at that woman — she looks incredible!

If you don’t remember, Longoria married Parker in 2007. Their divorce was finalized in 2011 after a bit of a court battle and allegations of Parker’s infidelity.

This goes to show that we’re all fallible, including celebrities. Hopefully women can learn from Longoria and become stronger, healthier and happier. Can you relate to this? What do you think of celebrities sharing emotional struggles with the public?