You can’t really say no to this guy, can you? Zach Braff has started a Kickstarter campaign to raise funds for his newest film, Wish I Was Here, co-written with his brother. 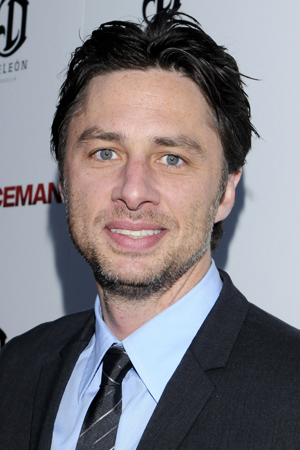 Here’s the deal: If you’re a fan of Zach Braff and his work, you can now actually help the actor fund his newest film project!

Braff has launched a Kickstarter campaign in an effort to get independent funding for the making of his newest film, Wish I Was Here, which he co-wrote with his brother Adam.

This will be the first film the actor has written and directed since 2004’s Garden State, which co-starred Natalie Portman. Braff describes the plot of Wish I Was Here as a story of a struggling actor and father (played by Zach, of course) who, through certain financial circumstances, is forced to home-school his children and unveils hidden aspects of himself in the process.

A Veronica Mars movie is in the making >>

“I am often asked by my fans or by the press when I am promoting films in which I’ve acted, ‘Why haven’t you directed another film since Garden State?’ The truth is, it’s very hard to get small, personal films made without sacrificing some aspect of your artistic integrity — final cut, casting, minuscule budgets,” Braff stated at a press conference announcing the campaign. “The supporters of mine across the globe who back this film project will not only get to see something that wouldn’t have been made otherwise, but they’ll get to do so knowing they made it happen.”

The 38-year-old actor also made a hilarious video for the campaign that includes several celebrity cameos, like Jim Parsons, and forces us to remember why we fell in love with him in the first place in Scrubs.

Watch Braff’s funny plea for your money, and donate if it speaks to you. Some incredible incentives are available.

What do you think of this idea? Will you or have you already donated?